Most of you have seen this tree as it is my feature image for my facebook account and email signature. I thought it would be a great idea to share the story behind this tree as it is my go to tree when ever I need a tree at a show, demo or what ever the case may be. It’s so small it fit in any where!

This tree looks good with foliage or with out. Its been in my collection for some time now I think since 2013. As you can see in the photos below the branches are well placed with good ramification. 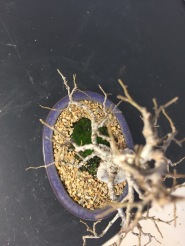 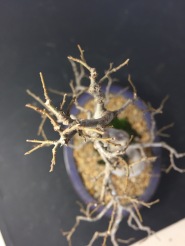 As a young boy I use to visit my grandmothers sister in Tulbagh about a hour and a half’s drive from where we use to live. During these visits  I discovered a little nursery owned by the department of forestry that sells trees at very good prices. It was so hidden and far off the main route that no one really knew about it. Only locals and farmers in the area bought trees from this nursery. They grow the trees from seeds and cuttings so there were trees in all the different stages of the life cycle. Farmers bought most of the bigger and taller trees with straight trunks. This was a bonsai growers dream as there where many trees to pick and choose from. The short bulky ones where all left behind as they where seen as tree with defects. I bought a few trees from the nursery and forgot all about the nursery. Many years later in the winter on 2013 I wanted to show my wife and daughter where I use to spend my holidays. On this drive we past this nursery. I could not belief that this nursery was still there. I could not stop myself and had to buy some new trees to work on. I bought two Celtis Africana’s and a few other trees.

Here is a photo of the tree after the first styling.

I kept the tree in the plastic bag as it was the wrong time to replant the tree into another container. I let the tree grow out and pruned it a few times during the next years growing season. 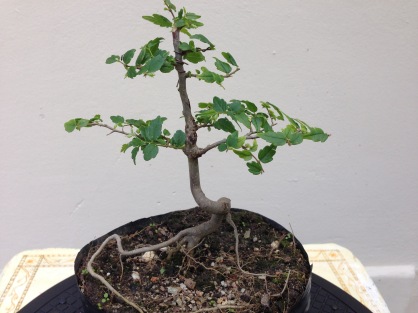 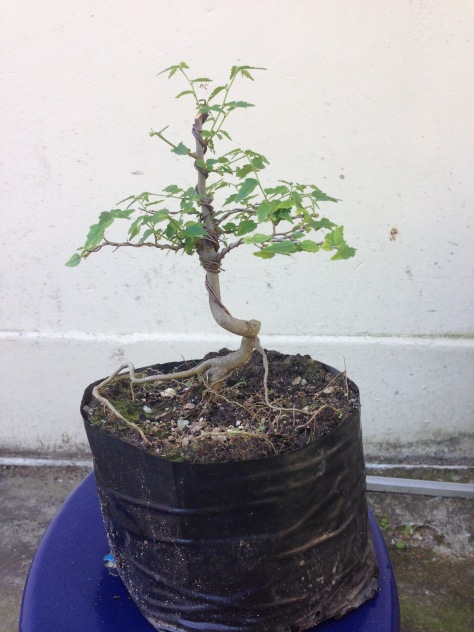 I replanted the tree into a bonsai container in 2015. I kept on trimming the foliage and I also rewired the tree quite a few times before the branches stayed in place. 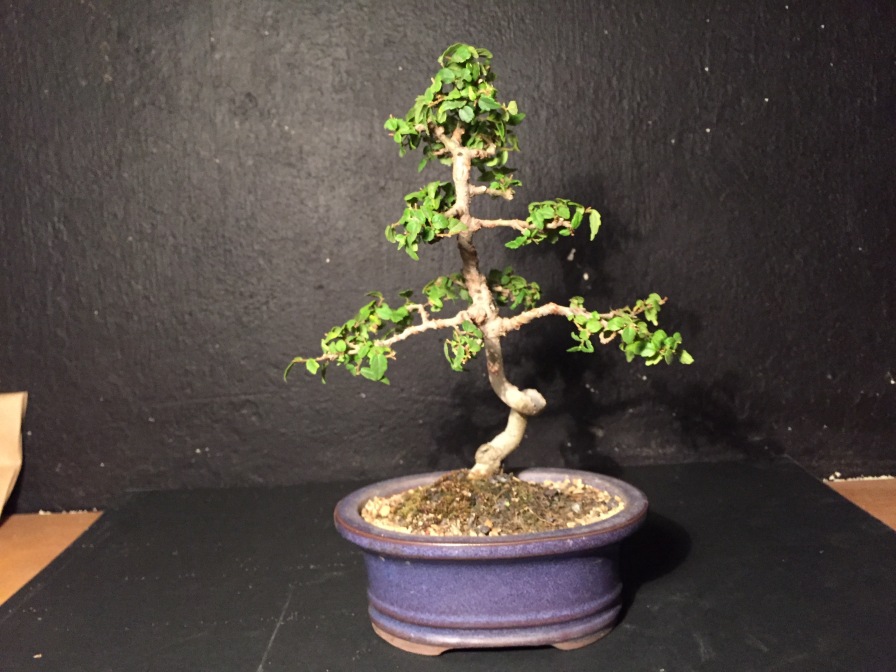 The tree has under gone a few different looks. I even had to change the angle of the apex (top of the tree) as it was to straight in relation to the rest of the tree. I added a few small bends to the trunk. I could not make big adjustments as the trunks was very hard and did not bend with ease. 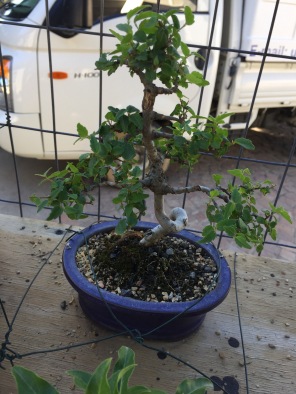 The trunk of this tree has not thicken to much since it’s first repotting. The large cuts on the thunk however are now almost completely callused over. I will repot this tree in the up coming  growing season as I find that the water takes a while to penetrate the soil mixture. Could be that the soil has completely decomposed or the roots might have filled all the air pockets in the soil mixture.

To end off, I have a photo of the tree as it is known on my feature image. This is a photo take at the begining of the growing season in 2016.