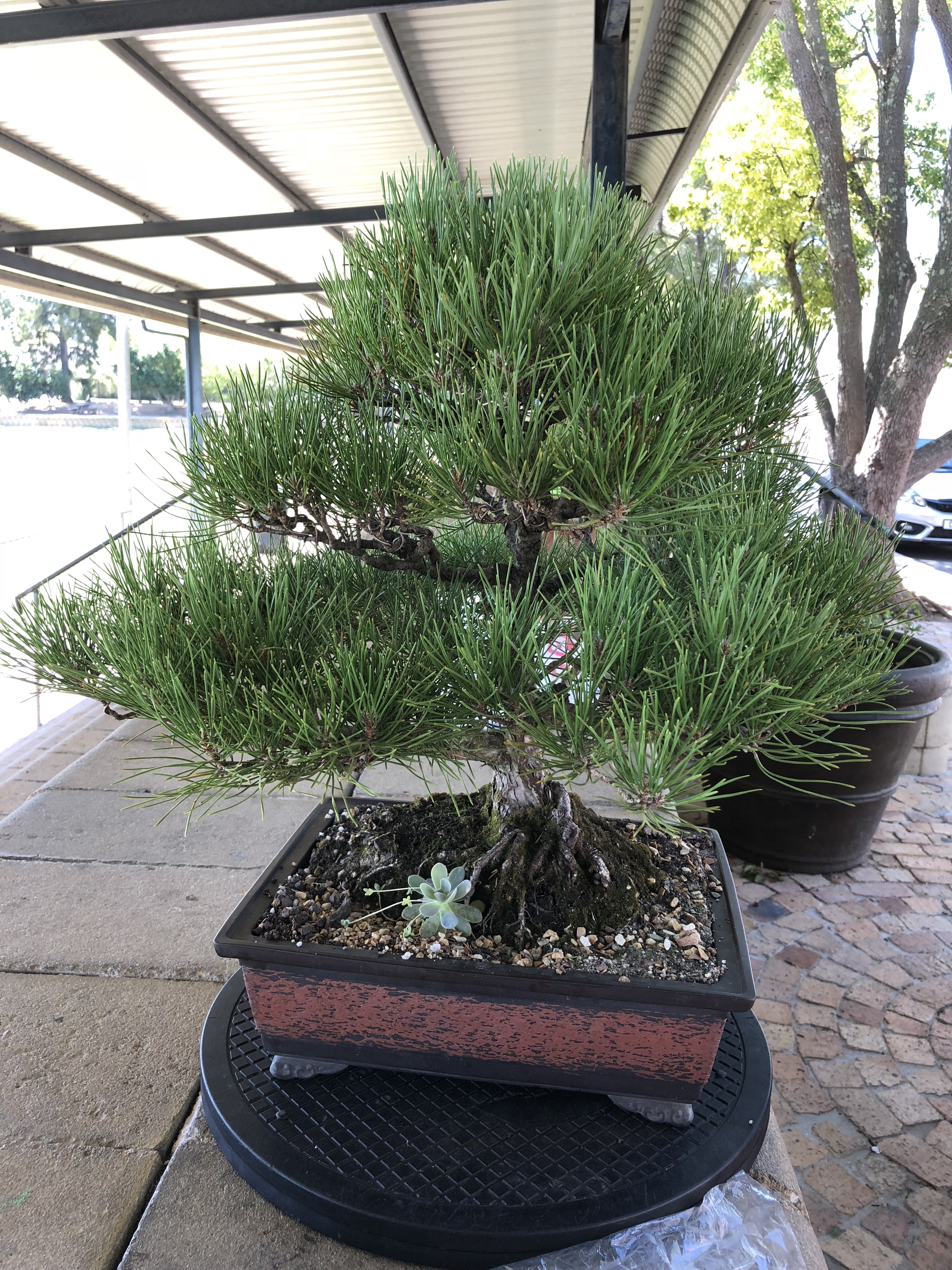 I was recently invited to be part of a team that hosted a introduction to bonsai workshop. Without any hesitation I replied with a GREAT BIG YES confirming my participation. I’ve always wanted to share my knowledge of bonsai with the youth.

I was so happy to be part of the team. We worked out what we would like to cover in the time that we had with the kids, made arrangement for all the trees and equipment to get to the school. After a short drive we arrived at the school. First we had to get a spot with enough shade for us to place all the trees and most important not to be burned to a crisp as we are experiencing very high temperatures lately. We settled on the pavilion next to the schools rugby field.

After a few minutes two kids pitched. We introduced ourselves and said that we will start at the time as advertised on the flyer. We started on time with two kids (was a first for me). We thought that others would join in later but no one else came. I had mixed feelings about this as I expected more kids. As I’m thinking about this I realized that bonsai is not something that everyone enjoys. Everybody might like looking at them and owning one or two, but that’s where it ends. So I thought of it in another way. We have the opportunity to share our love of bonsai with students that want to learn more about the art.

Here is a video giving a short overview of what we covered during the course.

The first project was removing dead needles from the foliage of a Japanese Red pine. This was interesting. They wanted to know if they can’t just use a vacuum cleaner to suck out the dead needles as it was very time consuming. They soon realized that not everything you do will give you instant gratification. After 10 minutes you could see them settle down and go through the tree looking for more dead needles to remove.

The second project was restyling a medium size Juniper after it was left to grow out for years after initial styling. We guided the kids through the process of styling and choosing the right or preferred front based on what the tree has to offer. Time ran out so we could not finish styling the tree.

All and all I think that it was a great day! I learned a few things about presenting and time management. Next time I would suggest more time, less trees and more practical projects.