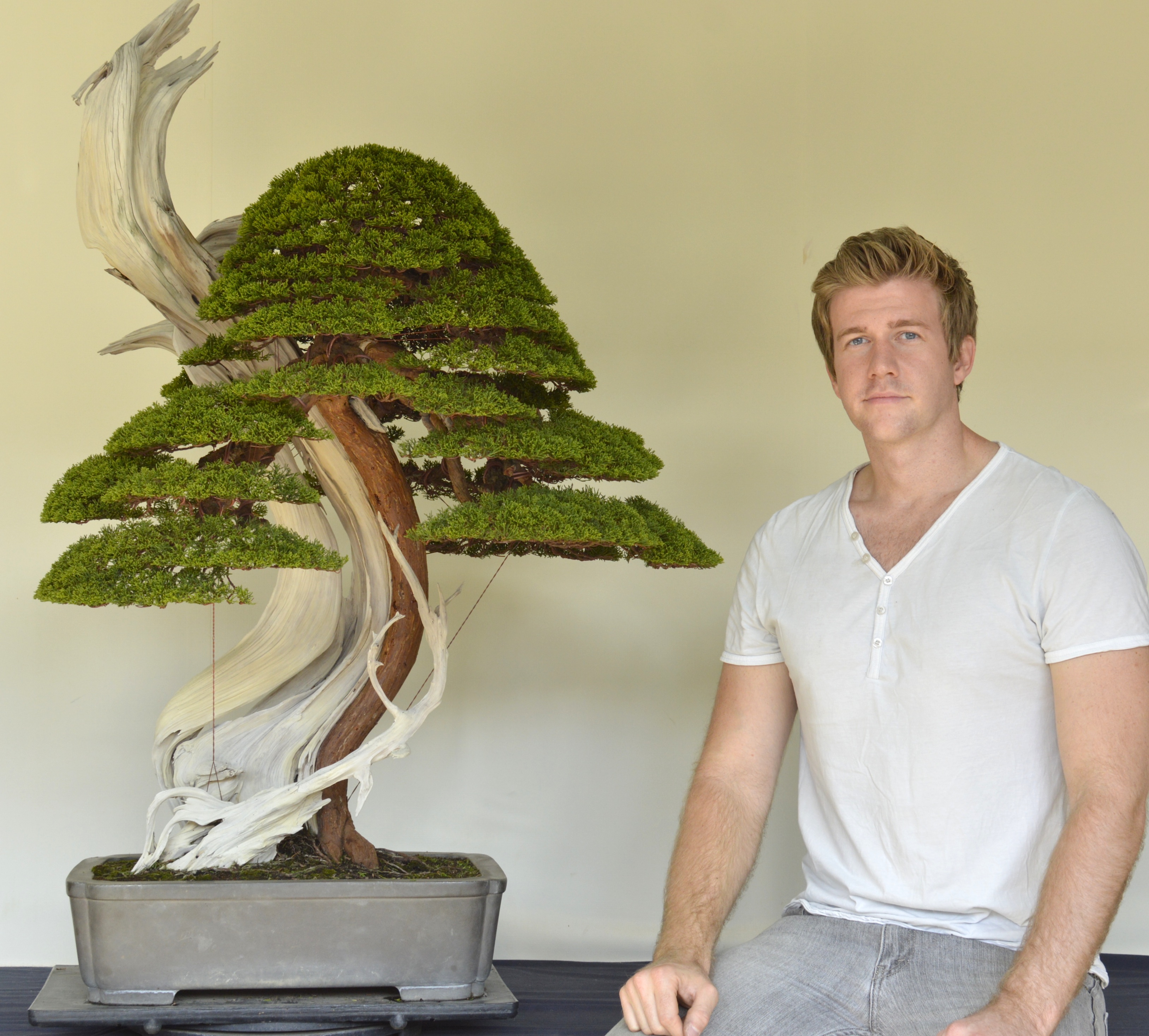 Bjorn Bjorholm is one of the most known bonsai professionals alive today. He has been called the Brad Pitt of bonsai. He travels the world doing bonsai demos and workshops at all the top bonsai shows and gatherings.

In late 2013 I discovered Bjorn’s video series “The Bonsai Art of Japan” that he made during the six years that he apprenticed under Master Keiichi Fujikawa at Kouka-en bonsai nursery in Osaka, Japan.

I spent a lot of time reading up on bonsai techniques and one book after the other I just could not find any good information on bonsai. I then started to search you tube for videos. Once again I found a lot of videos but none of them helped me. That was until I stumbled onto Bjorn’s videos. Back then he called this you tube site Bjorvala Bonsai Studios. Here is on of the videos from the previous series:

Since then he has made major changes to the way he does his videos and has started a few other very exciting things that changed the #bonsaicommunity . He launched a podcast called “Bonsai Network Podcast” and before that he started a new series/ VLOG about this time in Japan. He has also changed the name of this you tube channel and website to Bjorn Bjorholm Bonsai.

In the video below you will see the announcement to move back to America.

Bjorn’s videos are educational and very well put together. I binged a few episodes at once of his videos during lunch and after hour during long shifts at work. He is a very talented bonsai professional but has this cool and calm way of relaying what he has learned over the years to the viewer with out any difficulties. He also has a great sense of humor and a very elegant way of coming up with catchy titles for his videos.

If you ever have the time to watch his videos I would strongly recommend that you do. He covers everything you need to know about bonsai. You can also stay updated with events within the bonsai community.

I thought that this would be the perfect time to write about Bjorn as he is launching this brand new nursery in Nashville, Tennessee this weekend on 01 & 02 September 2018.

Here is a video on the nursery called Eisei-en and the launch.

If you want to learn more about Bjorn please go to his you tube channel or his website for more detail. Here are the two links:

All the photos and videos were found on Bjorn’s website and his you tube channel.