Today was a public holiday in South Africa (Human Rights Day). So as expected not a lot of work was done. I skipped my fertilizing routine on Sunday so I knew I had to get that done. I had more that enough time on my hands today to fertilize my trees. Fertilizing is one of the tasks I need to prepare for as it takes me about a hour to an hour and a half to fertilize all my trees. I got straight to it the first opportunity I got as the sooner I get it done the less I have to think about setting two hour out to do it.

After this daunting task was done I toke a walk through my bonsai collection.

The work never stops. I spotted my Liquid Amber tree and needed to be freed from it’s wire cage. This tree is one of the trees I started with when I started with bonsai. The tree has not changed much. The tree was left at my parents house when I moved out. I lived in a one bedroom apartment for five years before I moved into a place where I could place my trees in the right setting. During these five years the tree only received water but just enough not die. The tree was planted on a rock as I wanted a root over rock tree so bad I toke the first rock I could find and placed the tree on it.

Here is a photo of the tree on the rock. I do apologize for the quality of the photo. It’s a croped photo that was taken with my phone in 2012. 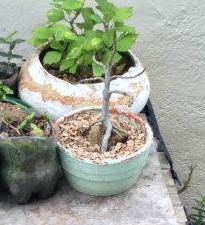 I replanted the tree into another container and the rock felt out and broke… So there I was with a tree with roots that will not bend so I could not plant them deeper in a pot. I decided to go with an exposed root style as that was the fastest way forward with this tree. I was all about getting trees ready for shows back then for me. As you can see the tree was gained a few branches. During the growing season this year I partly defoliated this tree three times. I wired the tree in the winter last year and the branches have set. Now I had to remove the wires. I feel quite silly as I really should have removed the wires when I defoliated the tree. This would have made my life so much easier.

Here is a photo of the tree before I started to remove the wire. 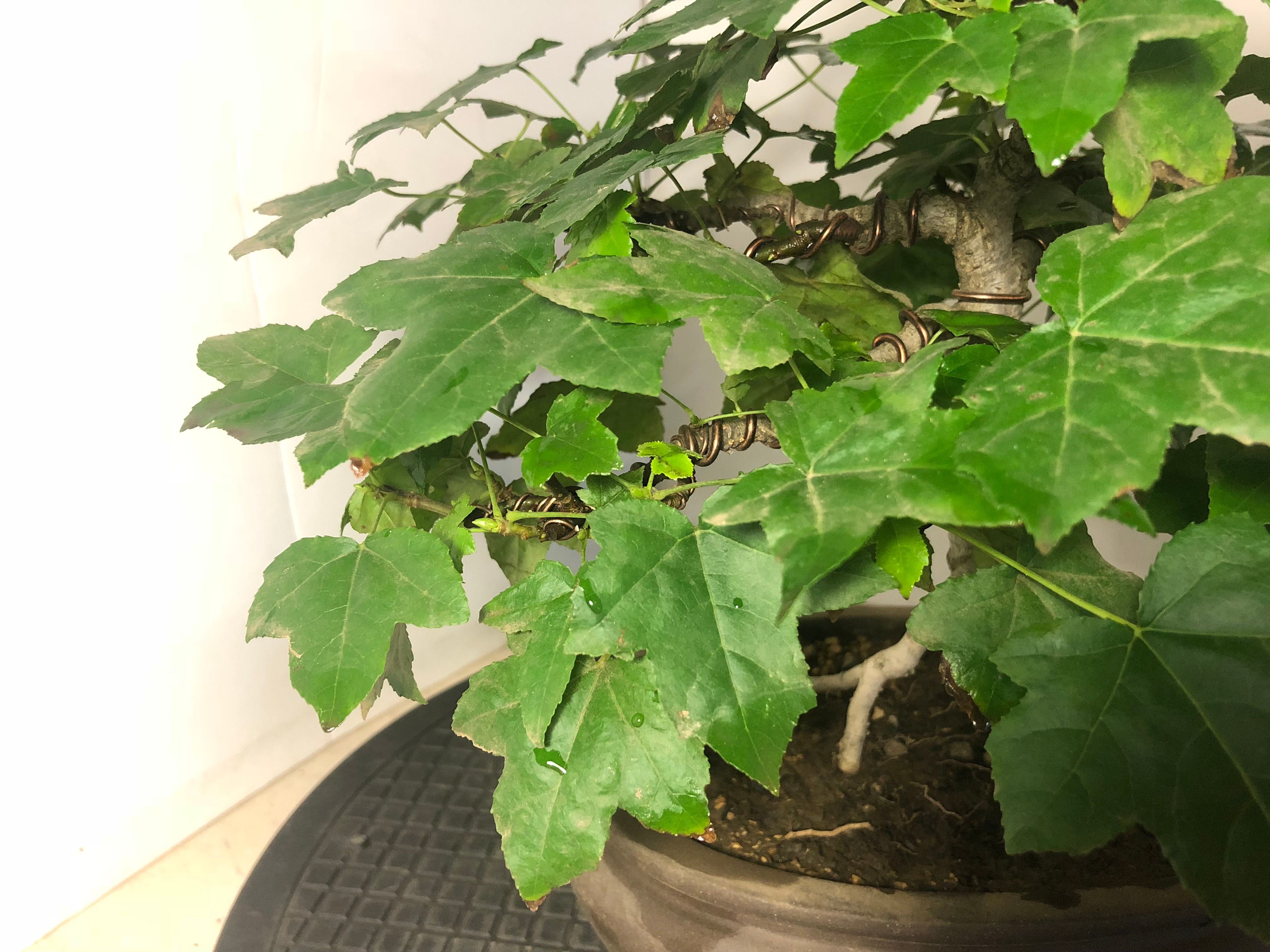 Here you can see that the tree has a better branch structure now and that the foliage is more dense than before. This made me worry about removing the wire. There are a lot of small buds on the tree and the leaves are very tight up against each other. I could leave the wire on for a few more months till its winter but by then it would have scared the branches.

So I continued with removing the wire. Now as I start to remove the first wire I realize that cutting the wire of the tree would be a safer bet then trying to unwind the wire. Half way through the tree I get confronted with a bit of a challenge. The wire on a branch was starting to cut in and I could not get my wire cutters in between the branches without damaging them. So I used my long nose pliers to remove the wire.

Removing wire always leads to great debate between bonsai professionals. There are those who believe in cutting the wire off the tree and on the other side you have those who want to reuse the wire they paid for by using it twice or more by unwinding it. Let just say I’m the middle guy. I use whatever the situation requires. If it is safe to cut of the wire I will do that. If the branches are firm and I can unwind the wire without damaging the tree I will do that. It’s not about what technique you use it’s about getting the wire off with out damaging the tree and not flushing years of hard work down the drain.

After just 30 minutes the tree was free of all wires. I looked at the table where I worked and I saw: “Three leaves, a few wires and two Pliers.” It was so poetic when I said it in my mind I just had to take a photo. I knew then what I was going to call this blog.

Thank you for reading my blog. Please feel free to leave your comments below.